Twelve years ago I fulfilled a dream, owning a saint bernard. I was fascinated by their beauty and their remarkable history of saving lives.  After the first, well they are such wonderful companions we as a family couldn’t have just one, slowly we thought, four pups later I have a wonderful big family full of great companions. I started my breeding program in order to further the breed standard and develop a family friendly dog that has quality bloodlines. 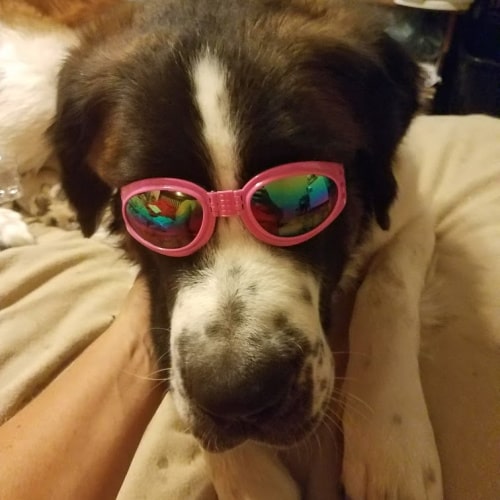 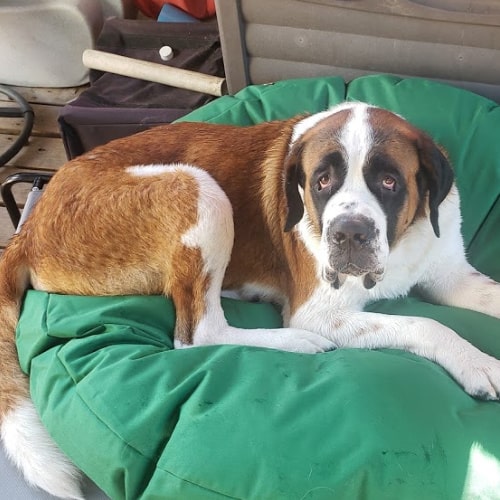 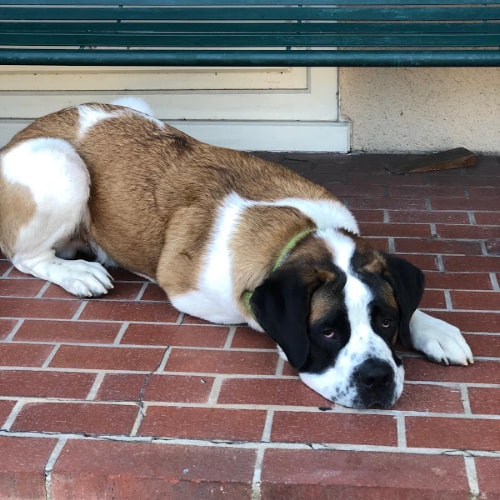 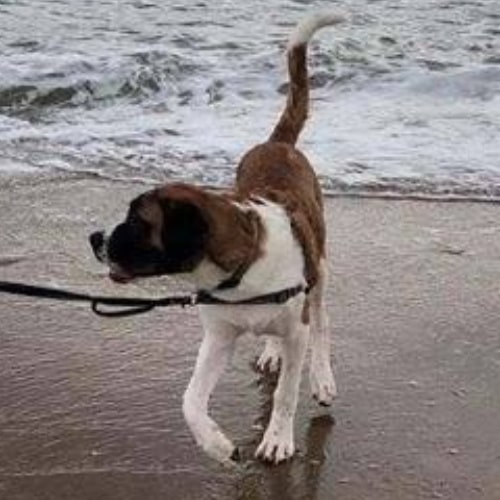 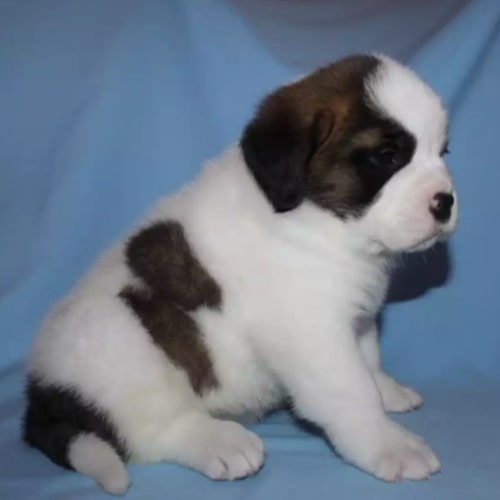 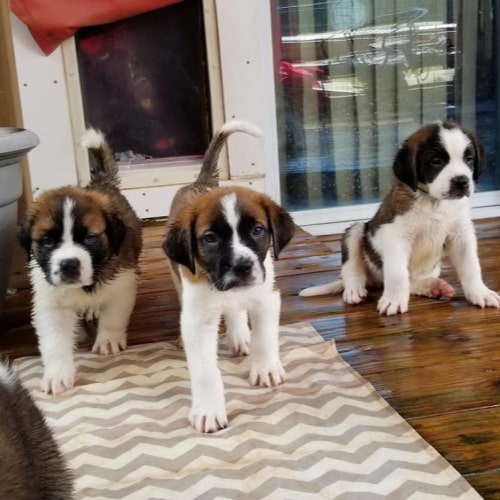 A Brief History of the St. Bernard Rescue Dog

The Canine’s Evolution From Hospice Hound to Household Companion Long before Beethoven drooled on the big screen, St. Bernard dogs were famous for an entirely different reason: saving lives. Since the early 18th century, monks living in the snowy, dangerous St. Bernard Pass—a route through the Alps between Italy and Switzerland—kept the canines to help them on their rescue missions after bad snowstorms. Over a span of nearly 200 years, about 2,000 people, from lost children to Napoleon’s soldiers, were rescued because of the heroic dogs’ uncanny sense of direction and resistance to cold.

Since then, and through much crossbreeding, the canines have become the domestic St. Bernard dogs commonly seen in households today. Hospice Hounds At a little more than 8,000 feet above sea level sits the Great St. Bernard Pass, a 49-mile route in the Western Alps. The pass is only snow free for a couple of months during the summer and has been a treacherous route for many travelers throughout history. In order to help struggling trekkers, an Augustine monk named St. Bernard de Menthon founded a hospice and monastery around the year 1050. Sometime between 1660 and 1670, the monks at Great St. Bernard Hospice acquired their first St. Bernards—descendants of the mastiff style Asiatic dogs brought over by the Romans—to serve as their watchdogs and companions. (The earliest depiction of the breed was in two paintings done by well-known Italian artist Salvatore Rosa in 1695.)

Compared to St. Bernards today, these dogs were smaller in size, had shorter reddish brown and white fur and a longer tail. At the turn of the century, servants called marroniers were assigned to accompany travelers between the hospice and Bourg-Saint-Pierre, a municipality on the Swiss side. By 1750, marroniers were routinely accompanied by the dogs, whose broad chests helped to clear paths for travelers. The marroniers soon discovered the dogs’ tremendous sense of smell and ability to discover people buried deep in the snow, and sent them out in packs of two or three alone to seek lost or injured travelers.

The canines made rescue excursions on the St. Bernard Pass for the next 150 years. Often the dogs would find buried travelers, dig through the snow and lie on top of the injured to provide warmth. Meanwhile, the other dog would return to the hospice to alert the monks of the stranded pilgrim. The system became so organized that when Napoleon and his 250,000 soldiers crossed through the pass between 1790 and 1810, not one soldier lost his life. The soldiers’ chronicles tell of how many lives were saved by the dogs in what the army called “the White Death.”

Although in legend casks of liquor were strapped around the dogs’ collars to warm up travelers, no historical records exist that document this practice. But another legend was very real: famous St. Bernard, Barry, who lived in the monastery from 1800-1812, saved the lives of more than 40 people. In 1815, Barry’s body was put on exhibit at the Natural History Museum in Berne, Switzerland, where it remains today. Between 1816 and 1818, the winter snowstorms at St. Bernard Pass were particularly severe, and many dogs died in avalanches while doing rescue work. As a result, the St. Bernard breed living at the hospice came close to extinction. However, the breed was replenished two years later with similar animals from nearby valleys. All in all, the St. Bernard rescue dogs were credited with saving the lives of more than 2,000 people until the last documented recovery in 1897 when a 12-year-old boy was found nearly frozen in a crevice and awakened by a dog. Beginning in 1830, the monks started breeding the dogs with Newfoundlands, thinking that the longer hair of the breed would better protect the dogs in the cold. But the idea backfired as ice formed on the dogs’ hairs. Because the dogs were no longer as effective in their rescues, the monks gave them away to people in the surrounding Swiss valleys. In 1855, innkeeper Heinrich Schumacher began breeding the dogs. Schumacher used a studbook, supplied the hospice with dogs and also exported dogs to England, Russia and the United States. Many people began breeding the dogs indiscriminately, like with English Mastiffs, which resulted in their common appearance today. During this time, the dog breed was still without a name. Many called them Hospice Dogs, Alpine Mastiffs, Mountain Dogs, Swiss Alpine Dogs and St. Bernard Mastiffs. Many Swiss called them Barry Dogs as a tribute. In 1880, the Swiss Kennel Club officially recognized the name as St. Bernard. Until September 2004, 18 St. Bernard dogs still belonged to the hospice. That year, the Barry Foundation was formed to establish kennels in Martingy, a village down the mountain from the pass. Today, several St. Bernard puppies are born every year at the foundation. As for rescue efforts on the pass, monks now rely on helicopters.